The effects of workplace bias can affect the morale and productivity of employees
A leader’s awareness and understanding of conscious and unconscious bias is the first step in solving the problem of bias in the workplace, and while unlearning bias may take time and effort, know that by doing so you are setting up your company for success.
Share

Most social environments and workplaces that encourage diversity, amalgamation of cultures, and acceptance of differences have creativity and innovation at all levels while places that encourage bias and limited thinking are less creative and unproductive. According to Forbes, recent studies have shown that increasing numbers of women and people of color are choosing to leave their jobs in the United States because of bias, lack of support, and undue pressure.

Saudi Arabia is one of the countries that is actively working towards reducing bias and discrimination, especially against women. As part of the plan to empower women, to which His Highness the Crown Prince of the Kingdom, Mohammed bin Salman, has provided his wholehearted support, the Saudi General Organization for Social Insurance (GOSI) implemented a royal decree in 2019 to equalize the retirement age for men and women in Saudi Arabia. In a statement, the Foundation said that it has started implementing the royal decree issued by the Saudi Council of Ministers to amend Article (38) of the Insurance Law, which stipulates equality between men and women at the retirement age, which is 60 years for both sexes.

A few years ago, the Saudi government took  a number of decisions and set up initiatives to provide job opportunities for women that were traditionally male-dominated, such as accounting and sales. As part of fulfilling the Kingdom’s Vision 2030, which encourages the empowerment and participation of women in the labor market, statistics from the Ministry of Human Resources and Social Development last year revealed that the percentage of women participating in the labor market has reached 31%, and the percentage of women working in the government sector reached 41%, most of them in the educational and health sectors.

What does bias in the workplace mean?

Bias or prejudice means treating people differently based on their race, color, gender, or nationality. Bias comes in two types, conscious and unconscious. Conscious bias is enacted with awareness and intentionality. Unconscious bias happens due to preconceived ideas and concepts that we subconsciously absorb from our environment in our youth, and based on which we make judgments and devise expectations.

Bias can take on many different forms. Affinity bias involves hiring employees who are similar to you in culture and who share your experiences and interests. Confirmation bias means disproportionately favoring employees based on their names, places they have lived, or schools they were educated in. Name bias happens when you make decisions based on the name of the person, supposing that through this you can know the employee's background and race.

Avoiding bias in the workplace

So what can organizations do to enhance their efforts to influence people's behavior, reduce bias in the work environment, and promote inclusion between different groups? In a previous study, Deloitte identified several attributes that can enable leaders to take action on how to promote inclusion:

1- Developing personal qualities that help you understand others such as active listening, engaging in dialogue, curiosity, courage, intelligence, awareness of other cultures, cooperation, and awareness of bias.

2- Being a good ally in the context of the organization's values ​​and goals,having emotional intelligence, and providing support to others when necessary.

3- Enhancing dialogue, encouraging awareness of others, and providing job opportunities regardless of cultural background or identity.

4- Transparency in the hiring and promotions processes, to ensure that managers do not exhibit bias when hiring or promoting based on sex, race, gender, or color.

5- Realizing that inclusion must not just be held as an intention but rather translate into actions and be part of daily behaviors.

A leader’s awareness and understanding of conscious and unconscious bias is the first step in solving the problem of bias in the workplace, and while unlearning bias may take time and effort, know that by doing so you are not only setting up your company for success, but also helping build a more inclusive and equitable society. Saudi women have led industries, made history, inspired change and left a lasting impact on their communities (...)

Your guide to dealing with cyberbullies and trolls

Cyberbullying can be a tough phenomenon that fills the bullied with anxiety and fear. This guide can help (...) 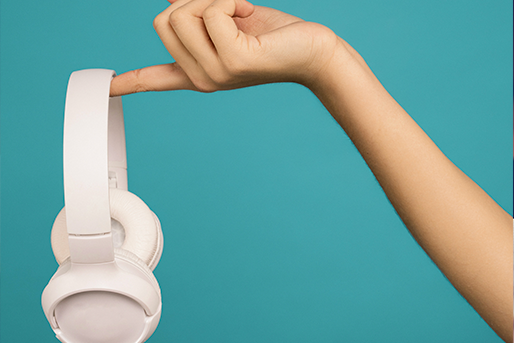 When it comes to developing your communication skills, listening – and specifically active listening – is an (...)