How Did Saudi Arabia's Vision 2030 Change the Art and Culture Landscape in the Kingdom?

Aminah Harboush - Jazan Track
This article is written by a Youth Voice program winner. The Youth Voice Program is an enriching dialogue program that aims to engage young people from all over the Kingdom in a number of seminars, discussion meetings and trainings. It focuses mainly on critical thinking and persuasive communication skills.
Share

"I wish the eyes that burn their eyelashes with tears, and the reproach and arguing make me miserable.

You say people have their ranks, and you, in your place, expel delusion and deception.

And Badr, poems are not worth the fatigue, and they will not give you any good or honor that you desire."

If this is what has been said to the architect of the word, and the green earth's full moon, the poet Prince Badr bin Abdulmohsen, who made us love and care for our country with his writing, and created a heavenly image of our land with his art, then how about someone beneath him!?

Away from the smiling face of the saying that inspired Al-Badr to write the poem, "The Scarf," and close to the other face of this verse, a wide part of society's past view of art appears as an influence and a tool that makes a difference and plays a role in the formation of human beings and thus societies and their rise.

"Past view" is used because those who have blaming eyes, who do not see the role of art and culture are witnessing poet Badr bin Abdulmohsen being honored with King Abdulaziz's Sash for his works, words, and literary texts.

So (Enough of the eyes in their excessive reproach. Either apologize to Al-Badr or else congratulate him)! (Al-Badr, 1441)

Congratulations to every unique talent, to every hand that dances with the slim bamboo or the coquetry of feather to the beat of the ink, alone in a corner. To every eye that sees what it hears as (a scenario) and looks at what it sees as a viewer, and creates a story to tell about the setting and characters with roles and lines. However, everything you create is not unimaginable to anyone who sees further and deeper, is aware of the rustling of fabrics, longs to make something that catches the eye, and sees inspiration in every inch of this earth but does not know where he can dissolve the rigidity of the fortified construction with a piece of cloth to make the solemn tenderness with which the fabrics whisper in his ears, and for everyone who speaks the language of music, for every chef, the deliciousness of what he prepares surpasses the place, and it remains confused and revolving. For everyone who likes to share with us the beauty that he or she sees in different languages, dressing it with a splendid Arab beauty, for every thinker and artist, King Salman bin Abdulaziz and Crown Prince, Muhammad bin Salman's interest in all things related to art and culture was genuine, believing in the importance and seriousness of the role you play in the development and advancement of societies.

The start is from building a vision centered around God’s successor in his land, giving God’s message for the reconstruction of the earth the greatest prestige, investing in (the human) who is the starting point, by making its build and welfare its goals, in a series of care with an authentic beginning, making the vitality of the community a strategic pillar.

Art is a part of the human being and one of the methods of educating and forming nations, through its explanation of our volatile lives and its ability to describe the truth behind the human being, whether angry and rebellious, contented and loving, or serene and calm, simplifying our thoughts with its complexity, and solving our problems with its simplicity, defining us, forming the peoples - the players of the role of art - that form nations.

Friedrich Nietzsche returns to the depths of the Athenian heritage and Greek mythology in The Birth of Tragedy to bring the idea of the birth of art from the womb of humanity - human tragedy in particular - and whether we agree with Nietzsche entirely or not, we cannot deny that art is part of the human being, once ignorant of it, man loses his entire definition of himself.

Art, from time immemorial, was not only a reflection of the peoples, but also one of the processes that changed their features!

With art, America challenged the Nazi movement, through the Oscar-winning 1942 short cartoon film (Der Fuehrer's Face). With the same art, Canada promoted war bonds. With art (Helen Clare) was able to see; she saw and spoke. With art who we do not know survived. Art is the embodiment of identity, in the topography of our countries, in ourselves, and in our societies.

Art is the voice of thought, the voice of lovers, their songs, their ideas, the unknown idea, the crazy, the imprisoned, the best. As a result, the Kingdom’s Vision 2030 was born, recognizing this role, rearranging priorities, correcting concepts about the luxury and necessity of art, giving the Kingdom of Saudi Arabia a well-deserved place in the land of global arts, and preparing each individual for the path of his journey, to discover himself.

The dimensions of the paradigm shift achieved by the inspiring Vision 2030 recognize that Saudi art is young and delicate - despite its achievements that make it appear older - as for more than a hundred years, the Saudi theater needed to grow slowly in the Kingdom, after the birth of the Arab theater, as well as the plastic art, whose entry in the Kingdom was the introduction of art education in schools. This delay does not mean the land's deserted of art or culture. Despite the elitism of art in the past, history has a memory full of green souls who were born to do art and lived and died by art. However, knowledge and recognition of the importance of art and culture were like a wing and a body, says Hisham Punjabi, a plastic artist and one of the pioneers of the Saudi and Arab plastic movement. According to what was reported by the Misk Art Institute in the Kingdom, “Vision 2030 came to quench the thirst of the lovers of thought, culture, and art” without a doubt.

The Vision changed the cultural and artistic land of the Kingdom and was like calm rain to its owners. Therefore, the Ministry of Culture was established in 2018 to contribute to the Kingdom's ambitious transformation program as part of Vision 2030, emphasizing that the vision cannot be achieved without art and culture and that the latter has an important and direct role in achieving the pillars of the Kingdom's vision to build a vibrant society, an ambitious nation, and a thriving economy, and that culture, as it is stated, is considered one of the elements of quality of life.

When art and culture became an incubator and a reference, our country's land became more solid, the voices of creative people became more confident, and their spirits became more courageous. After the vision reinforced the importance of art and culture as a method of individual development and as a supporter of the economy, by providing jobs, attracting tourists and investments, and achieving economic development, this confidence converts human talents into work that can generate an output. This confidence drives man to dedicate himself to creating a land that values everything he is good at.

The vision has restored the life of heritage and the individual who has heritage to make us touch what cannot be touched: the importance and warmth of celebrating the color of lavender, the diversity of terrain in the colors of Al-Qatt Al-Asiri, the history and the incarnation of civilization in Al-'Ula. The art explodes in the light of the vision from every side and culture overflows, revealing the vast countries of the Kingdom with its various treasures and different colors, until it reaches all houses, surpassing the fortunate and loving people, to the world. With the existing seasons, community initiatives, competitions, and appreciation of art and its creators, the vision has paved the way for thinkers and artists to launch to see what projects take culture as a starting point. It has transformed the features of heritage and legacy into a product that touches the identity and expresses who we are after the land was prepared for such projects, by raising the tastes of the recipients and enriching them, so here is (Qurmoz) the Saudi brand launched with the faith of the Ministry of Culture until it became one of its customers, and the first civil society for cinema was born, and Palme d'Or, and screens display, and scripts win.

Art is in the voice of (Mohammed Abdo), Risha (Al-Faisal), and (Listen to my Voice and Reply), releasing the artist within each of us, proving the origin of our identity, emphasizing that we are people of culture and art and that art is part of our humanity. Realizing this and acting accordingly can transform the face of the earth. The plastic artist Hisham Punjabi summarizes the content of the article by saying, “Our country is living in a state of unprecedented artistic and cultural movement, thanks to Vision 2030 which aims at developing the Kingdom and the axes it included that dealt with various aspects of life and different sectors, foremost of which are the sectors of culture and the arts.” Between Ancient and Modern Saudi Architecture 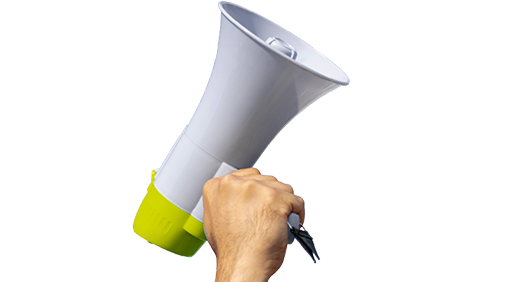